Tubbs Hill was named in the late 19th century after Tony Tubbs, who was granted a homestead in 1884. He owned a hotel at the base of the hill and planned to build homes on the hill. The topography of Tubbs Hill made it unattractive for building, and the land remained undeveloped. In the 1960s preservationists successfully made Tubbs Hill part of the City of Coeur d'Alene's park system. The 2-mile track around the hill provides spectacular views of the lake. 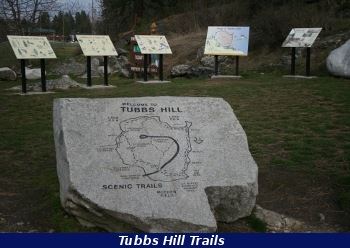