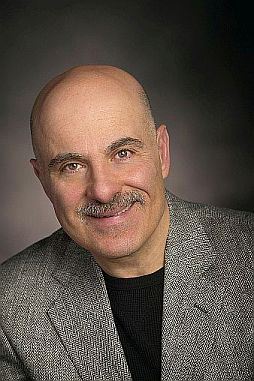 Chris (and his wife Linda) grew up in New York City (Brooklyn). Both are of Greek descent, and were taught the Greek language at an early age.

Chris spent 27 years in New York City, where he earned a Bachelors Degree from the City College of New York and a Masters Degree in international politics from New York University. He began his career in the early 1970s and worked in high tech and telecommunications for AT&T, Rockwell-Collins, and Digital Equipment Corp. before moving into the real estate industry. In 1990, Chris published Cutting Through The Mortgage Jungle. Chris also served in the New York Army National Guard from 1970 to 1975.

Chris and Linda have been married 45 years, and lived 20 years in southern New Hampshire where they raised their two children, Melanie, 43, and Eugene, 40. They have two grandchildren. Linda is an independent residential appraiser and also a realtor with Tomlinson Sotheby's International Realty. Dr. Melanie Fillios is an archaeologist in Australia. Eugene is a trailer film editor in southern California.

Chris and Linda moved to Coeur d'Alene in 2000. Chris joined Credit Services Bureau in Spokane as their corporate sales manager until mid-2004. Recently, Chris worked as a realtor with Tomlinson Sotheby's International Realty, and as a residential appraiser. In May 2011, Chris was elected to the East Side Highway District Board of Commissioners, and was re-elected in May 2015, for another four-year term. He has since resigned his position at the ESHD, in order to serve as your District 2 County Commissioner.

Chris won the Republican Primary vote for County Commissioner, having defeated the two-year incumbent. He did not face an opposing candidate in the general election and, therefore, was elected to a four-year term of office. He was sworn into office on January 9, 2017, and is honored to serve the citizens of Kootenai County in this capacity.